A year and a half ago, CurlyRed began working with a Baltimore-based company called Cambridge Iron & Metal. This company collects and processes ferrous and non ferrous metals to be recycled and has been around since 1909.


One of the first projects CurlyRed ever created for Cambridge was a fun t-shirt design that would spell out Cambridge in vintage beer cans ( a tribute to both their industry and the city of Baltimore). The shirt featured the logo above and was given out to employees, customers and friends (we might have even gotten a few to wear ourselves!).


The t-shirt was such a hit that when it came time for Cambridge to replace it's signage, they decided they wanted to use the same concept, with some tweaking. We suggested having the beer cans extend above the top of the sign, which proved to create some technical challenges, but we think it makes the sign that much more visually dynamic. 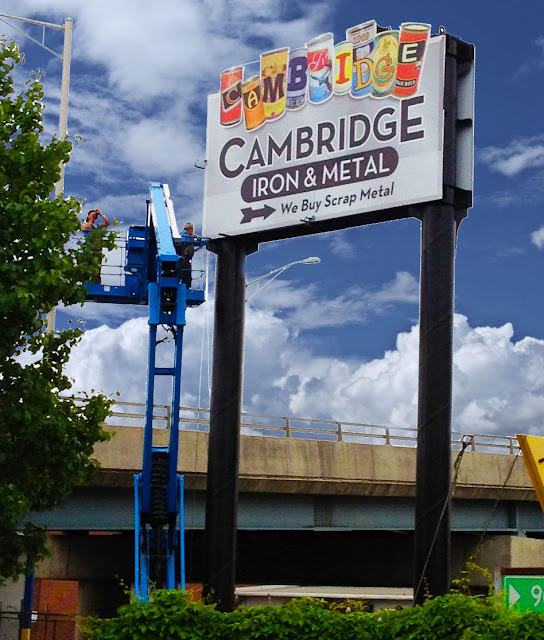 The sign finally went up last week (you can see it from O'Donnell Street) and even features the Natty Boh can (used with permission, of course). We love the sign, and how unique it is. Thank you Cambridge, for giving CurlyRed the opportunity to work on such a fun project!