In CurlyRed's ten years of business, I had a first last week:

I attended the funeral of a client.

W.C. Bird, passed away unexpectedly on May 22nd, 2017 from heart complications. I had only known him a few short months. We were paired together after he invented and secured a patent for a baseball/softball training tool. W.C. was taking an Entrepreneur class at Garrett College and was hoping to win the business plan competition that was a part of the Power of Possibilities conference, just a few weeks before he passed away. 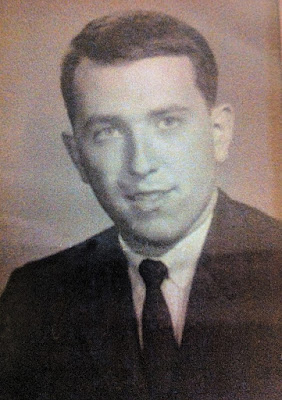 Although he didn't win that competition, it was a joy and honor to work along side him. He was kind, caring, always smiling, extremely hard-working, never condescending (even though he could be my dad!), and full of integrity.

A quick snippet from his obituary shows what an incredible human he has:

Walter Clifton WC Bird, 72, of Morgantown WV died unexpectedly May 22, 2017, from heart complications. WC was a member of Wesley United Methodist Church. A man of great compassion and personal caring, he was a trusted advisor and mentor to many. He had a particular expertise in helping people prepare to enter the workforce. His outreach went well beyond the career and employment spectrum. He touched lives in many different ways.

Born in Morgantown, WV and a graduate of Morgantown High School he was a 1968 graduate of West Virginia University School of Journalism. While attending WVU, he was inducted in membership to Mountain, Sphinx, and the Scabbard & Blade honoraries. He was a 1965 initiate of the Phi Kappa Psi Fraternity which he continued to serve throughout his life. He is the immediate past President of the James Cochran House Association. He was a member of the WVU Letterman Club having earned his Varsity Letter in Tennis, a sport which he enjoyed his entire life. Upon graduation he was commissioned as a 2nd Lieutenant in the United States Army Signal Corp. He served a full tour in Vietnam where he earned the Bronze Star. He was honorably discharged with the rank of Captain.
After his service to the country, WC began a career with Scott Paper Company starting in sales and progressing through various management assignments. He retired as the Senior Vice President of Human Resources. Along with his wife, Madonna, his first venture after leaving the corporate world was to develop Ash Mill Farm, a bed and breakfast in Bucks County, PA which they operated for 7 years, welcoming the public into their home. He returned to Morgantown where he could enjoy a varied number of passions.
He was an artist, architect, and inventor at heart. He was known for his carved and painted gourds. He loved designing and building a variety of things. Inspired by his grandchildren, he engineered a training device to help young baseball and softball players learn to hit and pitch for which he was awarded a patent. He took great pleasure in his affiliation with the Friends of the Art Museum. He tended his garden with the same love and care that he tended to people and his garden always flourished.
As I sat through the service, I was overwhelmed by emotion—not because we were very close, but because I wish I had known him longer. What an incredible legacy to leave behind—to be known first and foremost as someone who loves and serves others.
__________

In the bulb there is a flower; in the seed, an apple tree;
In cocoons, a hidden promise: butterflies will soon be free!
In the cold and snow of winter there’s a spring that waits to be,
Unrevealed until its season, something God alone can see.

There’s a song in every silence, seeking word and melody;
There’s a dawn in every darkness, bringing hope to you and me.
From the past will come the future; what it holds, a mystery,
Unrevealed until its season, something God alone can see.

In our end is our beginning; in our time, infinity;
In our doubt there is believing; in our life, eternity,
In our death, a resurrection; at the last, a victory,
Unrevealed until its season, something God alone can see.

This beautiful hymn called the “Hymn of Promise” by Natalie Sleeth, was written for her husband who had recently died. The lyrics resonated with me and seemed to be a perfect end to celebrate W.C's life. W.C., you will be very truly missed.