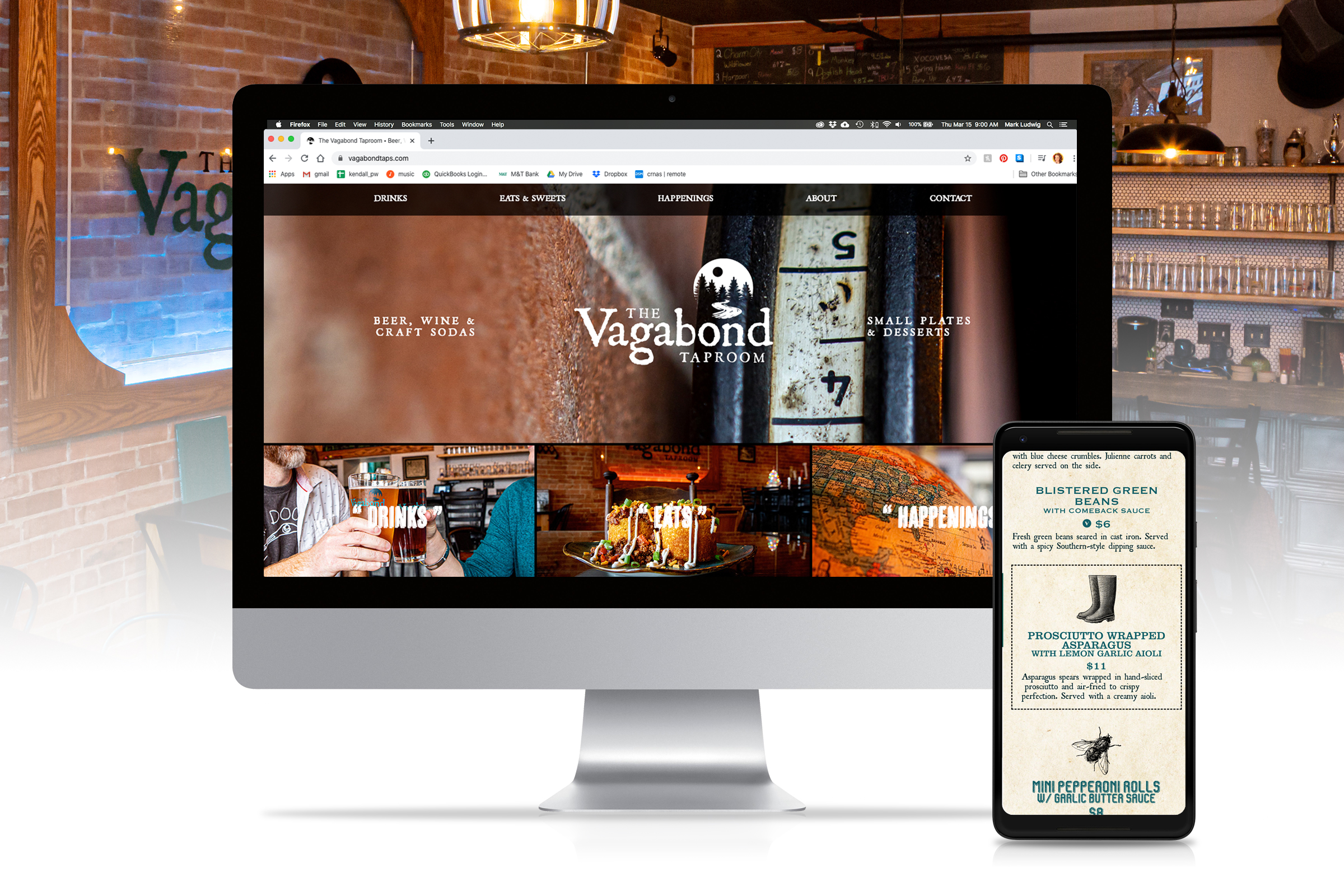 Sometime a client comes along and you just know that it was meant to be.

We met Pat and Michelle Hudnall, owners of  The Vagabond Taproom on Alder Street in downtown Oakland, through the Mountaintop Soccer Association. Their son was on a team with our oldest daughter, and we became friends quickly after that.

So when they shared that they were thinking about opening a tap house in Oakland, we were thrilled on behalf of the community. They decided on the name “The Vagabond Taproom” after the self-named “Four Vagabonds” (Henry Ford, Thomas Edison, John Burroughs and Harvey Firestone) making summer camping trips at various locations (including Swallow Falls here in Garrett County)—which really suits Pat and Michelle's love of the outdoors. In the meantime, here at CurlyRed, we were also secretly hoping they would reach out to us for their creative needs.

And boy, did they! We started with the branding and signage (fully inspired by their outdoorsy love), then we created some ads and postcards, then moved on to the menu design (crafted to look like a victorian newspaper!) and finally, we launched their full website this past Friday.

We're loving the marriage of vintage textures and typefaces with the stunningly textural imagery of the taproom interior (shot by talented local photographer Anna Brown): 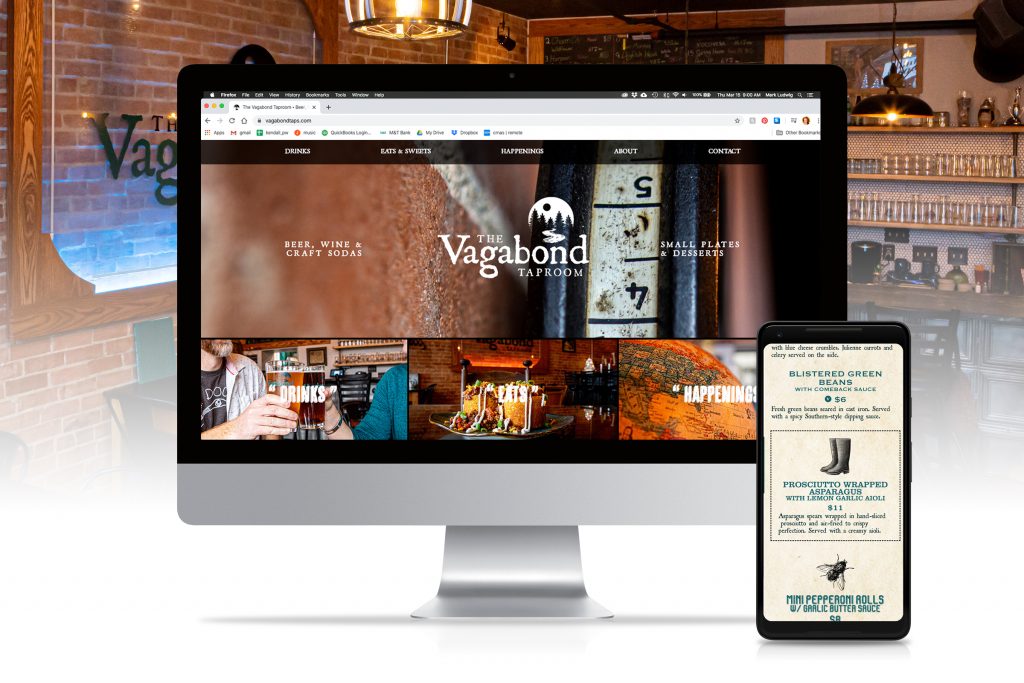 The Vagabond Taproom has been open since November, and they are absolutely killing it with a beautifully tailored, ever-changing selection of craft beers and menu of delicious small plates (with a little something for everyone!). Here’s what Pat Hudnall had to say about working with us:

“The team at CurlyRed has been absolutely wonderful to work with. Their creativity and talent lifted our dream of The Vagabond Taproom to heights we had not even imagined. Really incredible graphic and web design services. We could not recommend them more.”

If you're in need of hep with your branding, signage, print or web design (or perhaps all of the above!), please contact us today.