Tickets on Sale Now for Rent! 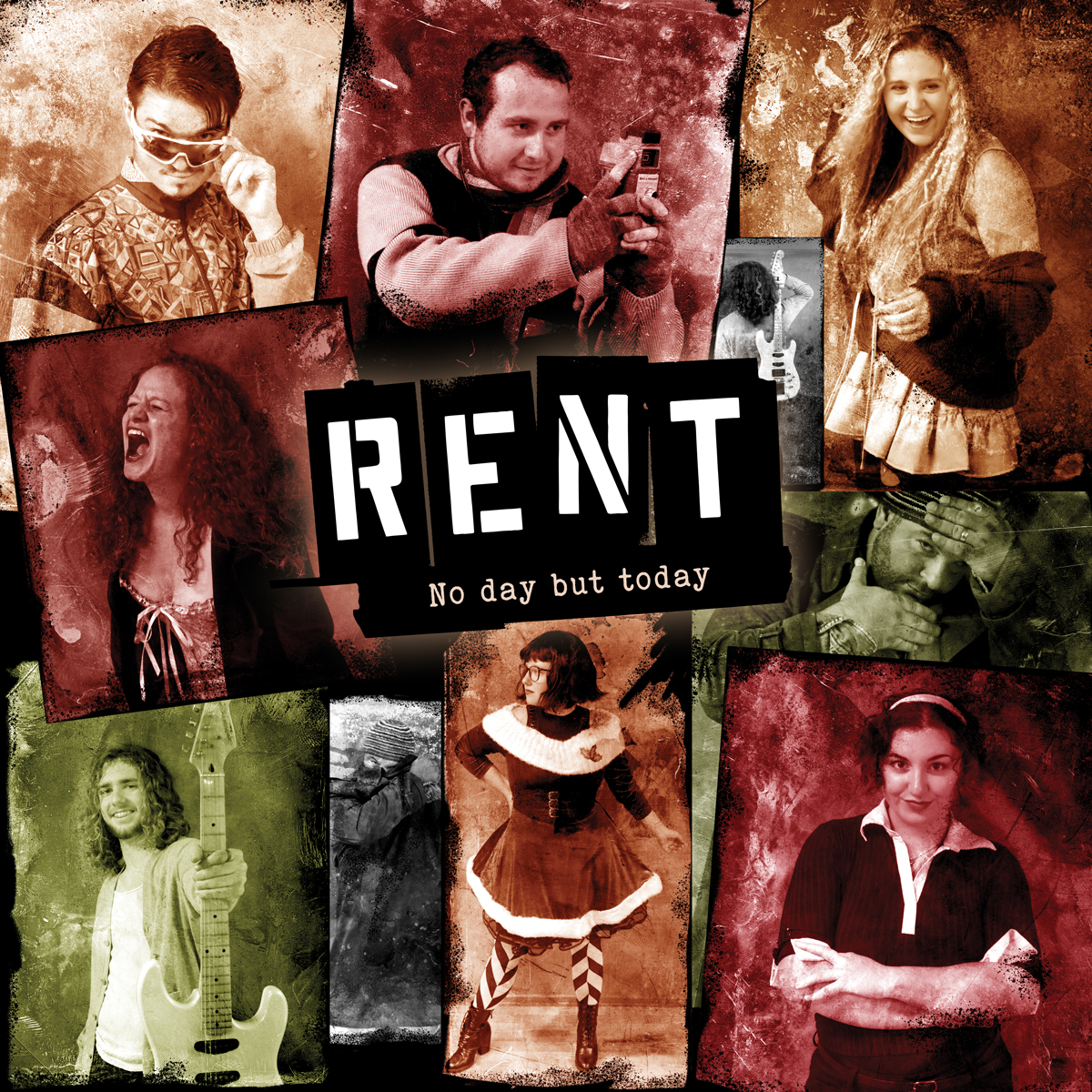 M. Kendall Ludwig, president and principal designer for CurlyRed is thrilled to be part of the incredible cast of the musical RENT. Vice-president Mark Ludwig did a photo shoot with the principals and created this vibrant, gritty, fun poster based on the original Broadway cast poster. We hope you can all come out and support this wonderful performance for a great cause!

525,600 MINUTES...
Acting Out for Good is excited to present the modern classic musical RENT July 15-17 and 22-24 at the Embassy Theatre in Cumberland. Tickets are $18 for adults and $16 for students and seniors. Visit ActingOutForGood.Ticketbud.com to order online (fees apply) and follow Acting Out for Good on Facebook to learn more about the group and stay up-to-date on ticket sales and show-related news. In line with the group’s charitable mission of supporting local individuals and organizations through box office proceeds and additional contributions, Acting Out will donate a share of earnings from these performances to the Cumberland Pride Festival.

RENT is rated R by Music Theatre International for language and adult content. 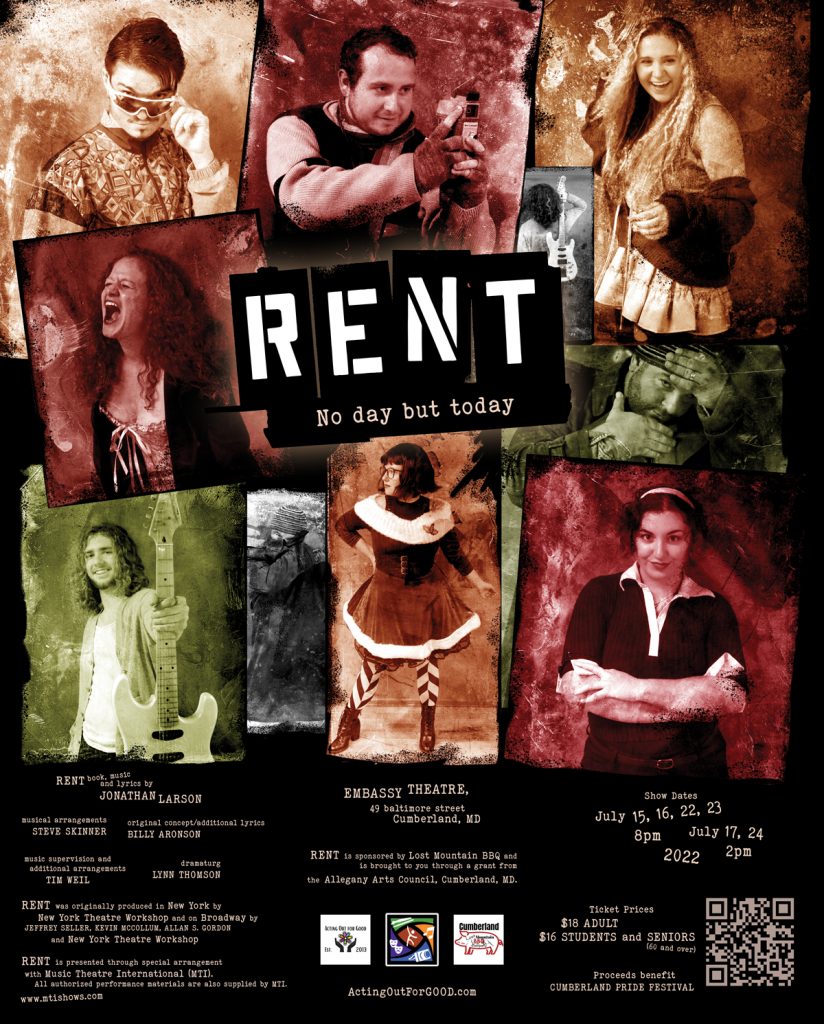 ONE SONG, GLORY...
Winner of the Tony Award for Best Musical and the Pulitzer Prize for Drama, the late Jonathan Larson’s adaptation of Puccini’s opera La Bohème follows the lives, loves, and losses of a group of impoverished New York artists and musicians over the course of a year between two Christmas holidays in the late 1980s amid the AIDS crisis. Friends Mark (a filmmaker) and Roger (a guitarist and singer) are pressured by ex-roommate-turned-landlord Benny to pay the overdue rent on their bare-bones squatters’ loft. Their friend Collins returns from teaching at MIT and, after being mugged, meets street performer Angel and sparks a romantic relationship bonded by their shared HIV-positive status. Downstairs neighbor and exotic dancer Mimi tries to get closer to the reclusive Roger, but he resists because Mimi uses heroin, and he contracted the AIDS virus from past drug use. Meanwhile, Mark’s eccentric ex Maureen and her new girlfriend Joanne stage a performance art piece in protest of Benny’s attempts to evict the homeless from the area to open a state-of-the-art digital studio. While the friends share good times in spite of their empty wallets, soon complications from their illnesses and addictions drive them apart and leave them with uncertain futures. The cast is rounded out by an ensemble of support group members, parents, a tabloid journalist, and a full compliment of urban bohemians. Songs such as “Seasons of Love,” “Out Tonight,” “I’ll Cover You,” and “La Vie Bohème” have been bringing audiences to their feet, and to laughter and tears, since the musical’s 1996 Broadway debut.

I'LL COVER YOU...
Originally founded in 2013 as Acting Out for ALS to raise funds for local individuals battling Lou Gehrig’s Disease, with their name change in 2021, Acting Out for Good has branched out to assist other worthy people and groups, with over $60,000 raised to date. With its focus on the LGBTQIA+ community, RENT is a fitting production for Acting Out to partner with the Cumberland Pride Festival. It is choreographed by William Price with music direction by LeaAnn Alter, and is directed and produced by Mark Ashby. This production is made possible by a grant from the Allegany Arts Council and is sponsored by Lost Mountain BBQ of Romney and Cumberland.

Categories: 15 years of CurlyRed
Back to Blog